I searched about it right after I knew that I was coming to Sydney.

Yes, I was searching about the place I could practice my ashtanga yoga (I was searching for it even before I made any plan for my 1 week stay in Sydney).

I have read about Eileen Hall from many blog posts and I longed to attend her class and finally I got the chance to do that. I was looking forward to it a lot.

Due to the convenience to meet my friends in Sydney, for the first few days, I stayed in a hostel near to Central station. On my last day in central sydney, I walked to Ashtanga Yoga Moves from 5.20am and it took me 45minutes of walking distance one way. I then moved to another hostel (Jolly Swagman Backpackers) which is nearer to AYM.

I have very little experience attending Mysore or LED class from certified ashtanga yoga teacher, this time was probably only my third (1 time Mysore class with Thiago Villa Verde and 1 time LED class with Nnadi), both in a small group of lesser than 15 people. I was very excited to know how the Mysore class in AYM, particularly hoping to meet the teacher, Eileen Hall.

On the 1st day, I was having a little hard time finding the place, I reached at 6.20am.

It was almost silent when I was at the door, only the signature Ujjayi breath could be heard, I only realised I was the late one after stepping in to find the place was already full of people practicing, I could finally find a place when a kind man offered some space for me at the very end of the room. I estimate the number of people was about 50 at the time I stepped in. I started my 10 salutations hoping to warm myself up, but it is now getting into winter, I did not sweat much after my salutation warm up. It did not take long for the co-teacher, Aya to come to me and asked for my name. I told her my name and I continued my own practice. The studio is rather dim in yellow light, I was not very used to it due to my poor eye sight, I had hard time balancing myself in Utthitha Hasta Padangustasan. Until it was Purvattanasana, my name was suddenly being called by Eileen, which shocked me a little as the room was quiet and I was focusing on my own practice. But I was excited that I was asked to move to the front so that she and Aya could help me in my practice. When I got to the front roll, I saw Eillen in close up, she smiled to me and she suddenly said ‘Arigatou’ to me, she must have assumed I am from Japan, I instantly told her I am not Japanese, and I am from Malaysia. She said there are many other Malaysians practicing with her. She came to me and patted me on my shoulder.  I know it is exaggerating to say this but I was as if instantly energised, despite my legs are a little tired from the 45 minutes walk and with empty stomach (so all I need is a little patting when I need energy, funny). Aya came to help me with my Wheel pose Dhanurasana, she asked me to drop back from standing, I was never this confident doing it even with someone helping me but I believe in her totally and I did it 4 times in total, it probably was my biggest accomplishment of the day. I completed my primary series (though it was a little messy in my closing sequence). I finally met Eileen again after my savasana, and I wanted to pay for the class (a single drop in class is AUD 15), she shook her head telling me ‘this is your welcome class’ and asked me to visit again tomorrow, which I had already planned to, without question, and I would reach earlier tomorrow.

On the 2nd day, I woke up earlier than my first day. I reached AYM at sharp 6am. I met Eileen at the outside of studio and we went in together. I was surprised to see the place was already half filled with great ashtangi, I wondered how early they reached before me, as many had already completed their sun salutations. I soon started mine, and Eileen called to chant the opening mantra all together (oh I love the chanting part). Today Aya was not assisting (but I saw her  showing up in the studio later on to practice) but a senior man (I believe he is John Atyeo, but I did not ask for his name). Today my practice was better, because I felt easier with the place and the teacher, and the Mysore style of practice. I tried not to be intimidated by the strong and experienced practitioners around me, who were doing their intermediate and advanced series (which was difficult to not admire, but what I needed to do was to focus on my own practice, listening to only my own breath, and hoping to improve my asana with the help of the great teachers around). With my first day messy closing sequence, I improved, and I completed a good primary series today, I think. I felt never so accomplished when I got to final asana before heading for savasana. I also wonder when could I start intermediate series my own.

After my savasana, I went to Eileen wanting to pay her $30 for the class of today and tomorrow, she only received $20 and told me it was enough. She told me it was for Malaysia, I thanked her for that and it made me instantly understand again, Yoga is never about money first. Eileen then showed me to a woman who is also the senior practitioner, and told her I am from Penang, she then started talking to me and praising the food of Penang. I walked back to hostel feeling energetic and warmed, and looking forward to my 3rd day, which will be a LED class by Eileen. I cannot wait to wake up at 5am again (for the first time of my life feeling this way).

It was the 3rd day, and it was also the most exciting class I was looking for to attend, because it would be a LED class. I was a little worried that I would not be able to follow the pace, or how if it was a LED class for intermediate or even advanced series, which I had totally no idea about. On first day, Aya told me I should join this class, which Eilleen will teach pranayama and the foundation. When I stepped into AYM at 5.45am (I wanted to be earlier today, I was excited, and I was the first 20 attendants I believe), I already saw Eileen there, warming up herself). When the class started, Eileen took off her long sleeve shirt, and she was wearing a singlet with wording ‘No Yoga No Laksa, Singapore’, lovely message wasn’t it. It turned out Eileen did not teach Pranayama this time, but she explained many details on asana and breakdown the poses to explain why we need to align them right, and yes, about why we need to build strength from Primary series. I kind of found the answer for the question in me (I was wondering when I could move on from primary series to intermediate series), she said primary series will help to build strength that we need and it is no rush for people to practice it for 4 to 5 years to move on to intermediate series. I have no reason to rush my primary series then (and I enjoy every part of it, feeling awesome with the jumping back and jumping through), and after all, it is only my second year for ashtanga yoga practice.

Eileen’s teaching was so much fun, some jokes she made, laughters from us, then some serious practice, no being lazy or play around when we practiced. She brought so much energy to the class and we all just had no reason to give up and people just kept practicing, only short rests we continued the practice.  The last part (probably last 30 minutes after warming up, and slow sun salutations) was about practicing pincha, headstand, and wheel, and many wheels, dropping backs. Then we came to savasana at 7.30am. Slowly people left the room, and so did I, after sending my thank you message to Eileen.

The 3 classes with Eileen is such an awesome experience for me. It determines how I really like practicing Ashtanga yoga, and how I enjoy Mysore practice. I am so inspired by Eileen as a teacher, and her character and her kindness. It definitely strengthen my will to keep practicing yoga, and for 40 years Eileen practices and teaches yoga, I wish to be as strong and inspiring as her when I am her age (though I do not know her age).

Till my next trip to Sydney, I will drop in to Ashtanga Yoga Moves again. 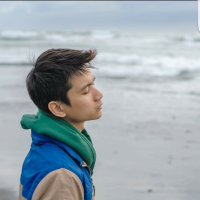